Arriving in Late April to Early May

Apply codes upon check out! Items sell out fast, so secure your unit by placing your order now! 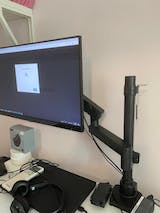 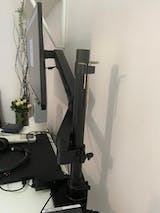 S
S.G.
Save me so much more space on a small table

I bought the Arc stealth for my Prism315 screen. Initially, for 6 months, I used the included stand but with such a big screen I pretty much had notable room.

I picked the Stealth Pro as it is modular and allows me to add a second screen vertically later.

Installing it was super simple. The guide was easy to follow. All the parts were of good quality and packed and labelled well.

As for usage, Been using it for 1 week so far and honestly it's amazing how much room it saves me.

It is also rock-solid in the fact that once I've tightened the arm according to the instructions, It hasn't moved at all but I can still easily tilt and rotate the screen.

The monitors and arms are designed to make work a pleasure and enhance the effects of entertainment. It was really easy setting up the arms and the monitors. Looking forward to using them. Definitely worth the price. 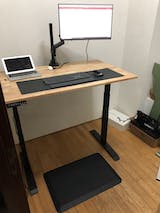 Purchased this monitor arm to use in conjunction with my PRISM+ X300, and it's been great. The installation had somewhat of a learning curve for me since it's my first time with a monitor arm, but adjustments are really easy once you get the hang of it. Very pleased with how adjustable the monitor arm is and appreciate how it effortlessly supports my larger PRISM+ monitor.

Great purchase for working from home and for supporting larger screens!